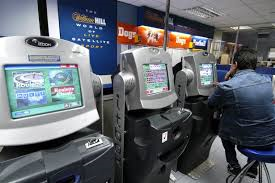 The inquest into the death of 24-year-old Jack Ritchie concluded at Sheffield Coroner’s Court.

Jack died in Hanoi, Vietnam, on 22 November 2017. On the day of his death, Jack had been gambling all day and had emailed his parents and posted on Facebook to indicate that he planned to end his life. He began gambling aged 17 and continued through easily accessible online betting over the following years.

The inquest investigated the role that gambling played in Jack’s death and whether the State could have prevented his death, and heard evidence from a number of senior witnesses about the information and treatment available to Jack, as well as the State’s regulation of gambling. The inquest is believed to be the first in England and Wales to examine the State’s role in a gambling-related death and was held as an Article 2 Middleton inquest following an earlier successful argument made by Jack’s family.

HM Senior Coroner, David Urpeth, concluded that the regulation, information and treatment for gambling problems at the time of Jack’s death were “woefully inadequate” and probably contributed to Jack’s death.

The treatment available for gambling problems was insufficient, there was a lack of training for medical professionals, and a lack of information available to the public. He concluded that Jack did not understand that gambling was not his fault and this led to feelings of shame and helplessness. The Coroner also found that Government regulation of gambling did not prevent Jack gambling despite clearly and obviously being addicted.

The Coroner observed that there continue to be significant gaps in treatment, information and education. As a result of these outstanding issues, which the coroner was concerned presented a risk of further deaths, the coroner will make a prevention of future deaths report addressed to the Department for Education, the Department of Health and Social Care and the Department for Culture, Media and Sport.