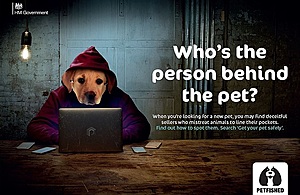 Stark new findings reveal that buying a pet from a low-welfare breeder could cost pet owners an extra £5,000 in vet bills over just 12 months, as a new government campaign (the Petfish Campaign) is launched urging people to take simple steps to research the seller before buying a puppy or kitten.

More than half of vets surveyed (54%) said that the poor conditions of puppy or kitten farms can lead to illnesses and complications which would incur treatment costs of over £1,500 in the first year of the animal’s life. In some severe cases, the costs could rise to £5,000 or even result in the pet being euthanised.

These new figures demonstrate the extent of suffering for both owner and pet caused by puppy farms and third party puppy and kitten sales as the trade relies on a high-volume, low-welfare model.

The government has already changed the law to ban commercial third party puppy and kitten sales, known as Lucy’s Law, and is going further to improve the lives of animals including supporting a Private Member’s Bill to raise the maximum penalty for animal cruelty from six months to five years, and consulting on tackling excessively long journeys for live animals.

The campaign will call on the public to also play their part to tackle the cruel trade of puppies and kittens by encouraging prospective owners to be aware of illegal, low-welfare breeders and look for ‘red flags’ when buying a new pet. This will help to disrupt the demand for these animals and further suffocate the trade alongside the introduction of Lucy’s Law. The campaign, called ‘Petfished’, outlines the deceitful tactics pet sellers use to trick buyers and sell their animals to line their pockets.

Vets see the tragic effects of ‘Petfishing’ first-hand but so too do the public who may be put through the pain and cost of looking after, and even losing, a sick puppy or kitten due to the conditions it was bred in.

It’s vital that prospective pet owners take responsibility for where they get their pets from and avoid puppy-farms and unscrupulous dealers. The campaign launched today sets out the simple steps that can be taken by the public to spot the warning signs and ensure their puppy or kitten is given the best start in life.

I am delighted that a ban on third party sales of puppies and kittens is coming into force – it is a crucial piece of legislation that will help us tackle the abhorrent and heart-breaking trade of pets.

Our campaign will help raise awareness of the dangers associated with buying pets online and deceitful sellers. The animals reared on puppy farms are often in awful conditions which can lead to chronic health problems, behavioural issues, and, in the most tragic cases, death. This simply has to stop and the public can do its bit to help.

We urge anyone thinking about getting a pet to do the right thing. Do thorough research and ensure you go to a reputable breeder in the UK – don’t get ‘Petfished’.

The poor conditions suffered by puppies and kittens include early separation from their mothers, huge numbers of animals cramped in unhygienic spaces, and the likelihood of long journeys from the place they were bred to their new home. All of these can contribute to an increased risk of disease and behavioural issues.

Defra's survey of vets showed the need to inform prospective pet owners of the issues attached with buying from disreputable breeders, with all questioned saying the public need clear advice on how to buy pets responsibly.

The campaign launched on 2 March urges people to ask themselves ‘Who’s the person behind the pet?’. It introduces a new phrase ‘Petfished’ - much like ‘Catfished’, when someone is lured into a relationship by a fictional online persona, it refers to deceitful pet sellers who use a similar tactic to trick buyers, mistreating animals and selling them at high-volume to line their pockets.

On 6 April 2020, the ban on commercial third party puppy and kitten sales – known as Lucy’s Law – will come into force in England. The ban will help to crack down on puppy farms by disrupting the supply-chain of low-welfare breeders which relies on third party sales. This new legislation, married with the ‘Petfished’ campaign which seeks crack-down on the public’s demand for this trade, is further evidence of the government’s commitment to improving the welfare of the nation’s much-loved pets.

Anyone looking to buy a pet can get tips and advice on the new website: getyourpetsafely.campaign.gov.uk

Battersea strongly condemns the practice of puppy farming that puts profit ahead of basic animal welfare. Separated from their mother too early, sold for a vast profit and too easily bought on impulse, these pets can suffer lifelong health problems as a result of such early mistreatment.

No pet owner wants to find themselves taken in by ‘petfishers’ and end up having to make potentially heart-breaking choices, so we welcome Defra’s new campaign which will provide much-needed advice on how to buy a pet responsibly. We also encourage anyone thinking about getting a new dog or cat to visit their local rescue centre where they can also gain helpful advice about whether a puppy or kitten is the right choice for them.

There’s always been a high consumer demand for puppies and kittens and sadly there are people out there who try and meet this demand by prioritising quick cash profits at the expense of animal welfare.

Puppy farming in particular is a disturbing industrial-scale attempt to meet this demand and the low-welfare conditions and animal illnesses this leads to are distressing.

Some of the worse cases I’ve seen have resulted from so-called ‘back-yard’ kitten breeders removing a kitten from its mother too early with little chance of survival or hundreds of puppies kept together in their own faeces with matted fur.

It’s important the public remain vigilant. If you suspect foul play at any stage when researching and buying your pet, report the seller immediately to the RSPCA or your local authority to help us stop this. If you’re looking for a new pet to join your family please consider giving a rescue animal a new home.

People should follow these tips to help spot warning signs that a puppy or kitten has been raised in low welfare conditions:

The IoL's posters designed for National Licensing Week in 2019 are also still available via the website library: 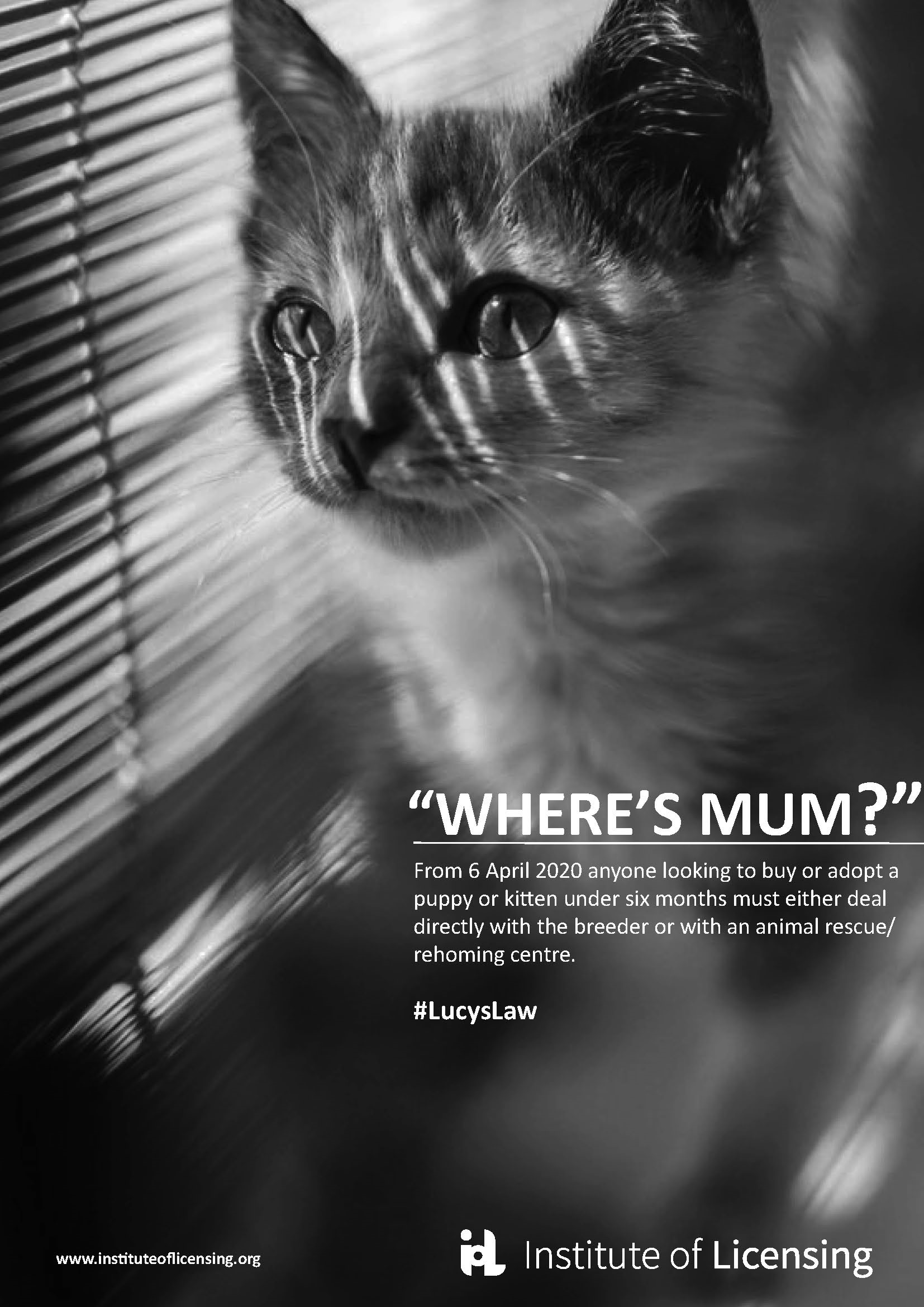 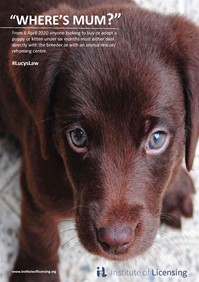