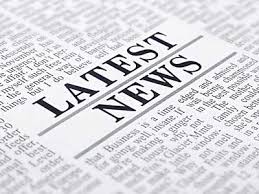 Camelot, which has operated the National Lottery since its inception in 1994, has issued proceedings in the High Court against the Gambling Commission over its decision last month to name Allwyn Entertainment UK as its preferred applicant for the Fourth Licence.

The selection of Allwyn as Preferred Applicant follows a "fair, open and robust competition" which received four applications at the final stage. This is the highest number of applications since the first National Lottery licence was awarded in 1994.

“In its lifetime, the National Lottery has raised more than £45 billion for good causes and is rightly seen as a great national asset.

“Our priority was to run a competition that would attract a strong field of candidates. Having received the most applications since 1994, it is clear that we've achieved just that.

“I am confident that the success of the competition will lead to a highly successful fourth licence – one that maximises returns to good causes, promotes innovation, delivers against our statutory duties, and which ultimately protects the unique status of the National Lottery.

“We look forward to working with all parties to ensure a smooth handover.”

“The Commission is grateful to all four applicants for their engagement in the competition. We were impressed by the overall standard of applications, including the range and quality of innovation proposed, and the high level of confidence and ambition demonstrated for the prospects of the National Lottery under the fourth licence.”

It was also revealed that Camelot UK Lotteries Ltd has lodged a legal challenge to the decision.  The Commission said in a statement on its website:

"The selection of a Preferred Applicant follows a fair, open and robust competition which received four applications at the final stage. This is the highest number of applications since the first National Lottery licence was awarded in 1994.

"Following the announcement, we entered a legal standstill period. The standstill allowed all applicants to consider the outcome of the competition and feedback on their application, prior to the Commission entering into further legal arrangements with the Preferred Applicant.

"The Commission has subsequently received legal proceedings in relation to the competition process. We regret Camelot’s decision to bring legal proceedings following the outcome of a highly successful competition for the fourth National Lottery licence. The competition and our evaluation have been carried out fairly and lawfully in accordance with our statutory duties, and we are confident that a court would come to that conclusion.

"We are confident that we have run a fair and robust competition. We have taken every step possible to ensure a level playing field for all interested parties, to enable us to appoint a licensee who will engage and protect players, run the National Lottery with integrity and ensure the National Lottery continues to support good causes and their contribution to society.

"Our priority is to continue to work to implement our decision and ensure a seamless and timely transition to the next licence, for the benefit of participants and good causes. These proceedings will not help that but we trust that Camelot will honour its obligations as the current licensee to cooperate in that transition, and we will continue to use the tools available to us to facilitate that process.

"In order to protect the integrity of the process, we will not be able to discuss the specifics until litigation has concluded."