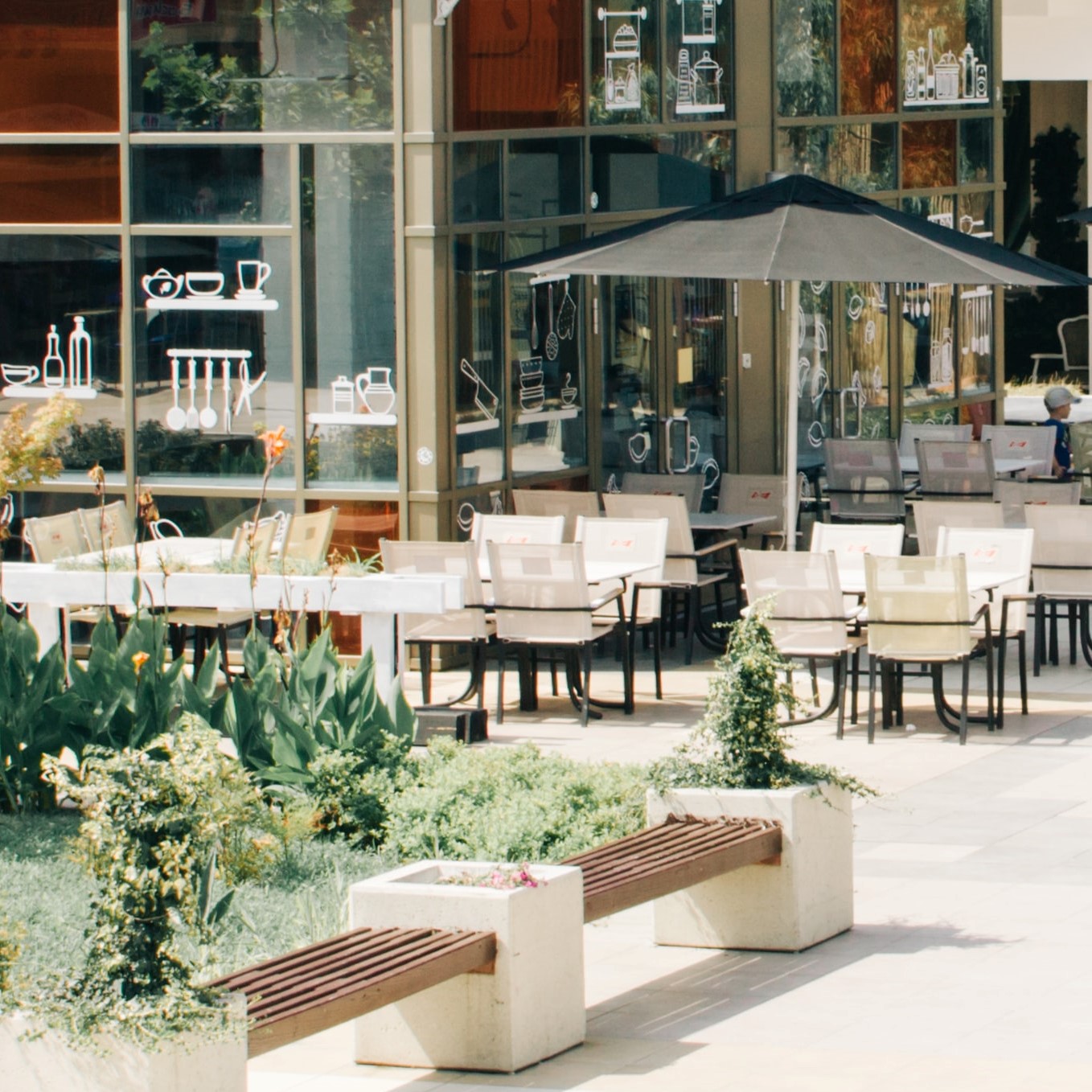 Al Fresco eating and drinking under the Business and Planning Bill 2020: the licensing aspects Published Date: 25/06/2020

Gary Grant, Barrister at Francis Taylor Building and Vice Chairman of the Institute of Licensing, provides a detailed view of the changes proposed by the new Business and Planning Bill 2020.

The new Business and Planning Bill 2020, published on 25 June 2020, proposes significant changes designed to help licensed premises to survive and then bounce-back from the pandemic lockdown. The provisions include:

1) A new “Pavement Licence” regime, to be administered by local authorities, designed to make it easier for premises in England serving food and drink such as bars, restaurants and pubs to seat and serve customers outdoors through temporary changes to planning procedures and alcohol licensing.

2) Alcohol licensing changes that will allow operators with existing alcohol on-sales licences to also serve alcohol for consumption off the premises and to make deliveries. (This provision will apply in Wales as well as England).

The Government’s aims are set out in the Explanatory Notes:

Covid-19 has affected businesses across the economy. Many businesses have had to cease trading for several months, and others have had to significantly modify their operations. As the economy starts to re-open, the Government wants to do all it can to support recovery, help businesses adjust to new ways of working and create new jobs. This Bill introduces a number of urgent measures to help businesses succeed in these new and challenging conditions over the coming months, and to remove short term obstacles that could get in their way. Almost all measures are temporary, with some limited exceptions.

Once cafes, pubs and restaurants are permitted to open, current social distancing guidelines will have considerable impact on the capacity to accommodate customers.

The measures in the Bill are designed to support businesses selling food and drink such as cafes, pubs and restaurants by introducing a temporary fast-track process for these businesses to obtain permission, in the form of a “pavement licence”, from the local council for the placement of furniture such as tables and chairs on the pavement outside their premises.

This will enable them to maximise their capacity whilst adhering to social distancing guidelines. The current process for businesses to obtain these licences can be costly and time-consuming.

The Bill includes temporary measures to place a cap on the application fee for businesses, enforcement and revocation powers so councils can protect public safety and amenity, and introduces a new 14-day determination period, ensuring that businesses can obtain licences in a timely and cost effective manner aiding to their financial recovery.

Further details of the Bill’s provisions are set out below.

1) The types of business which may apply to the local authority for a “pavement licence” are those whose premises are used, or proposed to be used, as:

(a) as a public house, wine bar or other drinking establishment; or

(b) other use for the sale of food or drink for consumption on or off the premises.

2) A pavement licence permits furniture to be temporarily placed on the highway. “Furniture” includes stalls for selling or serving food or drink, tables and chairs and articles such as umbrellas, barriers and heaters.

3) An application must be made by electronic means and be accompanied by a fee which will be set by the local authority, subject to a cap of £100.

4) In addition to a Notice on the premises itself, the local authority must publish the application and invite representations.

6) The local authority may grant or reject the application and, in granting the application, they may make their own determination as to how much of the space requested, the licence will cover.

8) A local authority can decide, when it is granting a licence, how long the licence should last for, or it can leave it open ended, in which case it will expire at the end of 30 September 2021 (unless this backstop date is extended by the Secretary of State). However, the licence must have a minimum duration of 3 months.

9) The local authority can add conditions to the licence and can publish conditions which it proposes to add to pavement licences.

10) The Secretary of State may also publish conditions.

11) Where a pavement licence is granted or deemed to have been granted, it is deemed to include any conditions published by the Secretary of State.

13) If a condition of the licence has been breached, the local authority may revoke the licence or may require steps to be taken to remedy the breach.

14) In addition, further grounds for revocation of the licence including where the furniture is giving rise to risks to public health and safety or risks causing a public nuisance.

15) The licence can also be revoked where the person did not put up a notice to publicise the application as required, or anything in the application was false or misleading.

18) A person may still apply for permission to put furniture on the highway under Part 7A of the Highways Act 1980, but the local authority may not require them to apply under that Act, instead of under these provisions.

19) Local authorities retain their power under section 149 of the Highways Act to remove furniture placed on the highway should it constitute a nuisance or danger under that section.

21) In exercising its functions the local authority must have regard to any guidance issued by the Secretary of State under this clause.

The measures included in the Bill modify provisions in the Licensing Act 2003 to provide automatic extensions to the terms of on-sales alcohol licences to allow for off-sales. It is designed to be a temporary measure to “boost the economy”, with provisions lasting until the end of September 2021.

The measures will make it possible for licensed premises that have only an on-sales licence to sell alcohol for consumption off the premises. This will allow businesses to trade whilst keeping social distancing measures in place inside.

The provisions remove the need for any application to be made, therefore no fee will need to be paid. This is designed to deliver savings to businesses, as well as providing them with certainty about how they are able to trade. It will also reduce the burden on local authorities and the police, who will not need to scrutinize any applications for licence variations from the premises affected by these measures.

Licensees who have had an application for an off-sales permission refused or had their off-sales permission excluded by variation or at review within the last three years, will be excluded from this licence extension. This is a safeguard to ensure that where it has recently been decided that the licensee should not have the permission, they do not receive it through this legislation.

The default hours in which off-sales will be permitted will be the same as those in which on-sales are permitted. Any licensee who wished to open for longer hours could apply for a licence variation.

The provisions will also apply temporary conditions to licences where there is a pre-existing permission for off-sales.

If there were problems of crime and disorder, public nuisance, public safety or the protection of children arising from how the premises operated using the new permission, any responsible authority, including the police or environmental health, could apply for a new off-sales review. The off-sales review process is modelled on the existing summary review process. In the event that an off-sales review is triggered, it will only relate to off-sales authorised by virtue of these provisions, or conditions which have effect by virtue of these provisions: it cannot be used to revoke the existing licence or modify pre-existing licence conditions.

1) The Licensing Act 2003 (“the 2003 Act”) is modified so that it has effect as if new sections 172F to 172L were inserted, providing for the modification of premises licences to authorise off-sales for a limited period.

3) Where the authorisation provided for in section 172F(2) applies, the premises licence has effect during the relevant period as if it also authorises off sales, and it includes a condition that the off-sales must be made at a time when the licensed premises are open for the purposes of selling alcohol for consumption on the premises.

5) New section 172F(4) provides that conditions which have effect by virtue of new section 172F(5) apply to a premises licence which has effect, or is capable of having effect, on the day section 172F comes into force, immediately before that day that licence authorises on-sales and off-sales, and at that time the authorisation is subject to one or more of the conditions in section 172F(4)(c)(i) to (iii).

11) New section 172F(10) also sets out that the relevant period is the period beginning on the day section 172F comes into force, and ending with 30 September 2021, or if earlier, the revocation or expiry of the premises licence or the exclusion of off-sales from the scope of the licence.

13) New section 172G(3) also provides that on receipt of an application for a review, the relevant licensing authority must consider whether it is necessary to take interim steps pending the determination of the off-sales review within 48 hours, and must determine the review within 28 days.

15) Section 172H provides for interim steps pending the determination of an off-sales review;

16) Section 172I provides for the conduct of the review.

17) Section 172J provides for a review of any interim steps taken under section 172H that have effect on the date of the hearing to consider an application for an off-sale review.

21) The Secretary of State has the power to make regulations making transitional, transitory or saving provision in connection with the end of the relevant period.

22) The Secretary of State has the power to make regulations to amend section 172K(3) of the 2003 Act which makes modifications to the Licensing Act 2003 (Premises licences and club premises certifications) Regulations 2005, as applied by section 172K(1).

23) These provisions expire at the end of 30 September 2021, although the Secretary of State has the power to make regulations to provide for a later expiry date.

24) The Secretary of State has a further power to make provision by regulations modifying enactments in consequence of any provisions in clause 11(1) to (10).

The Bill will be welcomed by the leisure and hospitality industry - who need all the help they can get in the present period. Its provisions will give rise to considerable additional work for hard-pressed local authority officers who will have to administer, monitor, and then enforce the new pavement licence regime and the automatic extension of off-sales. The steer towards outdoor eating and drinking in the warm Summer months ahead will delight many customers, yet cause real concern to some residents who may well find their pavements and outdoor areas busier, and louder, than ever before. However, what is given with one hand may be taken away by the other. The relaxation provisions are subject to strict regulatory checks and balances that should adequately deal with any issues that arise.

It is expected this Bill will rapidly make its way through the Parliamentary process. Whether the proposals will be amended during this passage, and to what extent, will soon become clear.