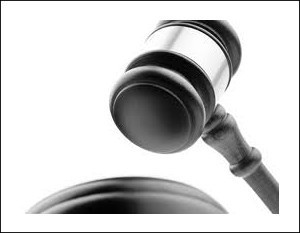 Shropshire Magistrates sitting in Telford on Thursday 17 October heard that in June of this year, Kalim Hussain of Parkdale in Hadley applied for the dual driver licence. The Council refused the application which Mr Hussain brought to court to appeal.

The court was told that on the online application form he indicated he had no pending prosecutions but earlier that month he had been served a summons to appear before magistrates on charges relating to his management of a house in multiple occupation (HMO). The following month he appeared in court, pleaded guilty to six HMO offences and was fined.

Outlining its reasons to refuse Mr Hussain the dual licence, Telford & Wrekin Council said it was not satisfied that he was a fit and proper person because of his false declaration in the application and because of his previous convictions which include affray in 2007, drink driving in 2014 and the recent HMO offences.

The court was told the Council’s licensing regime is not to punish an applicant with a criminal history a second time. It is to ensure the safety of the public.

The court upheld the Council’s decision not to grant a dual licence to Mr Hussain and stated that the Council had a clear policy in order to deal with taxi licenses; that Mr Hussain should have disclosed the pending prosecution on his application and that the conviction for the HMO offences was both relevant and significant as the breaches were in respect of public safety and regulatory compliance.  Magistrates ruled that Telford & Wrekin Council was therefore not wrong to conclude that Mr Hussain was not a fit and proper person and that the decision not to grant a licence was made soundly, against the clear Council policy.

“Our officers are working hard to protect and care for the public we serve. The safety of everyone in our borough is of paramount importance and I thank them for their dedication to this cause.

“Telford & Wrekin Council has higher standards than other local authorities when considering driver applications. We are looking to consult on proposals to further drive up those standards. We are also lobbying the Government to change the law that currently allows drivers to apply for a licence elsewhere in the country where the standards are lower, then return here to work.”