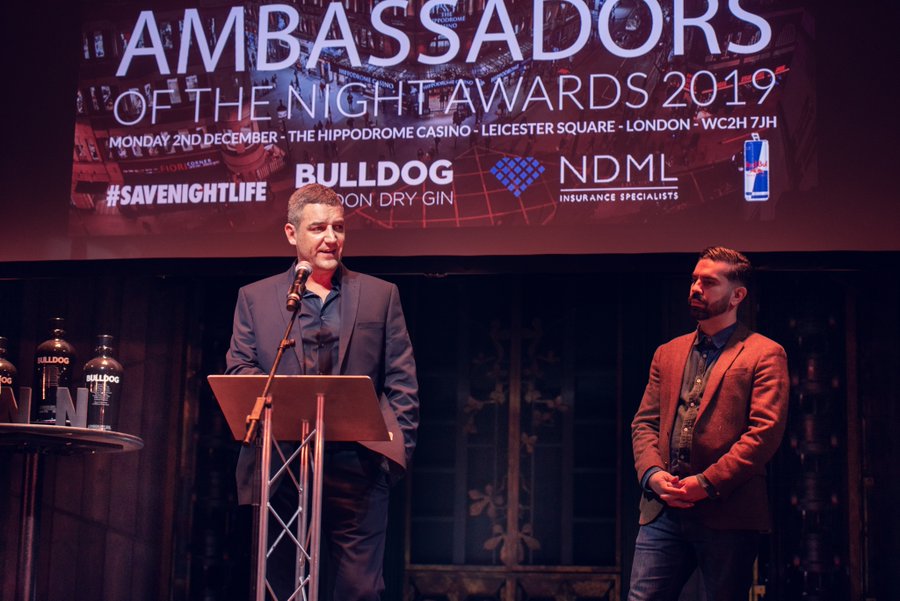 Institute of Licensing’s chairman, Daniel Davies, has won a national award for his work as IoL chair and regeneration of New Brighton.

At the Night-time Industries Association’s (NTIA) Ambassadors of the Night Awards ceremony on 2 December, Daniel was recognised for his “outstanding work as Chairperson of IOL and the Regeneration of New Brighton Liverpool”.

The Ambassadors of the Night Awards were created in 2018 to publicly recognise key voices within the Night-Time business sector.

An NTIA continued to say: “Whilst we will hear of some great success  stories for our industry, we will also realise how through the desire to lead change, they have significantly contributed to the enhancement of our communities, and strengthened both cultural and economic growth.”

Daniel is CEO and founder of Rockpoint Leisure, a private-sector development and regeneration company.  Rockpoint has been leading on the regeneration of New Brighton in the Wirral.

Gary Grant, vice-chair of the Institute of Licensing congratulated Daniel on receiving the award saying: “We are delighted that Dan’s outstanding work for the Institute of Licensing, as well as his pioneering regeneration of New Brighton in Liverpool, has been recognised by the Night Time Industries Association with an Ambassador of the Night Award. Dan’s approach and work ethic personifies the Institute’s efforts to promote excellence in licensing, not for its own end, but in order to improve the environment in which we all live and work and so increase the opportunities for us all to enjoy our leisure time safely. That doesn’t happen by accident, but is the result of a respectful and constructive partnership between responsible and visionary operators and the guardians of the wider public interest: local councils, their officers, the police and other regulators.”