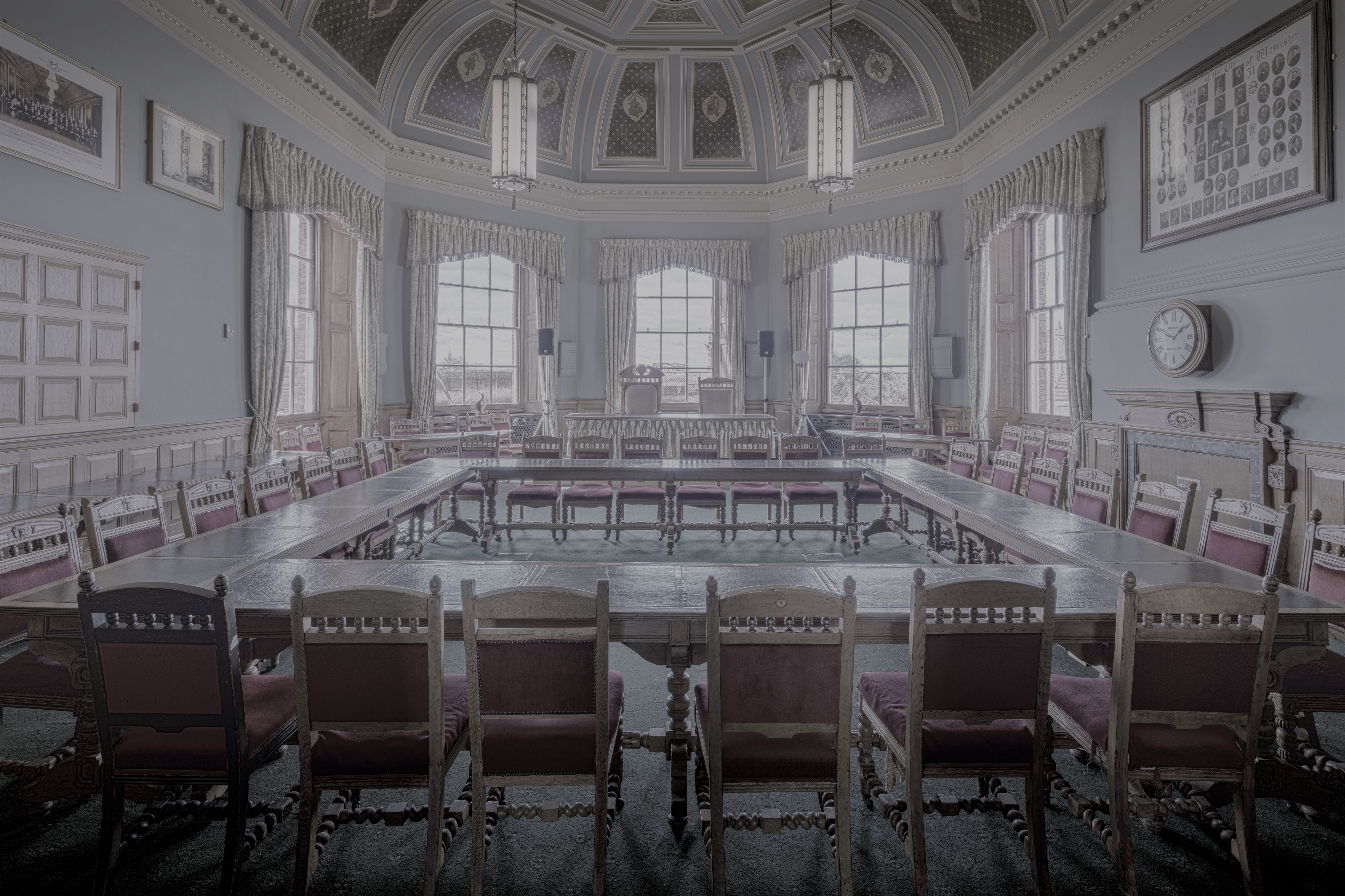 Gary Grant, Vice-Chairman of the Institute of Licensing give us his thoughts on licensing hearings during the current COVID-19 crisis.

The coronavirus has led to challenges unseen during peace-time. The licensing world is far from immune. On Monday, 16 March 2020 the Prime Minister advised the population to stop visiting pubs, bars, clubs, theatres and restaurants in order to promote social-distancing and so, for a period, help to suppress infection rates. There was no indication when these strictures will end. Tourism is on hold. The inevitable consequence of these steps is that the leisure and hospitality industry is now facing an existential crisis. It remains to be seen whether the recently announced government funding and loans will enable these job-creating, place-making businesses to survive the effective lockdown. Some will, many will not.

The old Persian adage “This too shall pass” is undoubtedly true. But it is incumbent on us all to ensure that, when we come out of this, the resulting damage in our sector is mitigated as much as possible. After all, the licensed sector provides much of the fun of life. What we all do now – whether we are Councillors, local authority officers, police, lawyers, trade operators or residents - will determine how quickly we are able to spring back and rebuild.

The continuation of licensing processes

This article addresses the following issue – whether licence applications can and should continue to be determined by Councils during the current climate. The suggested answer is: “Yes, in so far as practicable, and wherever possible using remote technology, including telephone and video conferencing, to enable hearings to proceed and applications determined”.

The burdens on central and local government officers and our political leaders are great and urgent. There is the temptation to think, as some Councils are reportedly contemplating, that the whole licensing system is not a priority and should be put into a form of cryogenic suspense until the coronavirus crisis has passed. That approach would be wrong, damaging and, with an imaginative and “can-do” approach, unnecessary.

The former Prime Minister Harold Macmillan reportedly had a motto above his desk that read “Quiet, calm deliberation disentangles every knot” (he pinched it from Gilbert and Sullivan’s “The Gondoliers”). That is the approach we should all now be taking. The current coronavirus crisis may last 3 months, 12 months or 18 months. During this undetermined period, the wheels of civic society may be slowed but they must keep turning.

With applicants, officers, residents and Councillors becoming ill or, more commonly, self-isolating as a precaution, some Councils are considering adjourning or abandoning hearings before licensing sub-committees altogether because people cannot, or do not wish to, physically attend Council offices or town halls. There is no need to do so.

In all jurisdictions steps are being taken to enable as many hearings as possible to be conducted with some or all of the participants attending by telephone, video-link or online. Many court hearings will be able to continue as normal with appropriate precautions being taken. We must make every effort to maintain a functioning court system in support of the administration of justice and rule of law.

The same approach should apply to licensing proceedings before local authorities.
For some years both the civil and criminal courts have made liberal and effective use of telephone and video-conferencing for hearings before magistrates and Judges. These hearings, often case-management or preliminary hearings, are not dissimilar in style and tone to the discussion-led format of licensing sub-committee hearings.

The overwhelming majority of participants in licensing hearings have access to telephones. If so, they can dial-in to numerous free or inexpensive telephone conferencing numbers (e.g BT or PowWowNow). The cost is likely to be cheaper than a bus-ticket to a town hall. Most, but not all, potential participants also have access to free internet-based video-conferencing applications (e.g. Skype, Facetime, Whatsapp, Zoom, Microsoft Teams). If they do not, then many Council buildings and libraries will have computer terminals available for residents to use. Of course a resident, applicant or officer who is unable to make it to a computer terminal or telephone to join a remote-hearing, is even less likely to be able to attend a sub-committee hearing in person. For every one elderly or disabled resident unable to use a phone or computer, there are likely to be far more who would be unable to attend a hearing in person at a town hall in the current climate.

A hybrid hearing is also a possibility where, for example, the sub-committee Members may meet in a room in the town hall and the applicant and/or persons who have made relevant representations can call in from their remote location to join the meeting.

With a little good-will and effort licensing hearings can, on a practical basis, continue.

There is no legal bar to holding a licensing sub-committee hearing by use of remote technology.
The primary duty on a licensing authority is “in accordance with the rule of law, to behave fairly in the decision-making procedure” (see Hope and Glory [2011] EWCA Civ 31 at [41]).

The Licensing Act 2003 itself, and accompanying s.182 Guidance, both give a wide leeway to local authorities to manage their hearings as they see fit in the prevailing circumstances.
Section 9(3) of the 2003 Act provides that “subject to any regulations, each licensing committee may regulate its own procedure and that of its sub-committee”.

“…Where matters arise which are not covered by the regulations, licensing authorities may make arrangements as they see fit as long as they are lawful.”

The specific regulations governing licensing hearings are the Licensing Act 2003 (Hearings) Regulations 2005 (“the Hearings Regulations”). Nothing in those regulations precludes the use of remote technology to hold such a hearing.

Indeed, reg.9 of the Hearings Regulations permits a local authority, with the consent of the parties, to dispense with hearings altogether and still make determinations. It would be irrational to suppose that these regulations would also preclude the determination of an application with a hearing, albeit one held using remote technology.

By virtue of reg.14(1) of the Hearings Regulations hearings “shall take place in public”. But a public hearing is not necessarily restricted to “in person” meetings. The “place” of a hearing (referred to in the reg.6 Notice of Hearing) may be construed as a building, or a video-conferencing website-link, or a telephone number to dial-in to.

A hypothetical politician may make a “public” statement even though he or she does so through the medium of television or radio or via Twitter. That politician does not have to be in the same room as the listener for the statement to still be viewed as a “public” one. So, the public can be invited to join a telephone or video conference or live-streamed meeting without necessarily having to be in the same bricks and mortar room as other participants.

Moreover, local authorities already have the power hold hearings where the public are excluded if “it considers that the public interest in so doing outweighs the public interest in the hearing…taking place in public” (reg.14(2)). Given the alternative option to hold remote hearings, it is unlikely this express provision will need to be invoked, but it remains available.

The flexibility provided to Councils is reinforced by reg.21: “subject to the provisions of these Regulations the authority shall determine the procedure to be followed at the hearing”.

Moreover, even were it necessary to depart from the Hearing Regulations to enable a remote hearing to take place, such an irregularity would not invalidate those proceedings. Reg 31 and 32 provide:

Other more general legislation - including s.99-100 and Sch12 of the Local Government Act 1972 and the Public Bodies (Admission to Meetings) Act 1960 - may have more general application, but there is nothing within either that specifically precludes remote sub-committee hearings in licensing matters. In any event, the specific relevant legislation under the Licensing Act 2003 and its regulations will generally trump any inconsistent provisions contained in earlier, non-specific, legislation drawn up in an age before remote technology could ever have been contemplated.

Adjourning Hearings and the Public Interest

Some current licence applications are due to be heard before licensing sub-committees in the coming days and weeks. The parties involved are anxiously waiting for confirmation these hearings will proceed. For some applicants, especially because of the current pressures, the determination of these ongoing applications can be a make or break moment for their businesses.

There is now, more than ever, a heavy public interest in ensuring that licence applications are determined sooner rather than later. Consider, for example, an existing or proposed convenience store that may provide the main source of food and drink for local residents who find it difficult to get to a supermarket further away. If the operator has applied for a new licence to permit them to open, or to extend their existing operating hours, then the adjournment of a hearing to determine their application may very well deprive the operator of the ability to properly and fully serve their neighbourhood at this critical time.

The Government has just announced that it plans to urgently change planning legislation to permit pubs and bars, that are effectively now shut down, to provide hot food take-away and delivery services. If those services are to be provided after 11pm then operators may have to urgently apply to vary their licences to permit the provision of late night refreshment. Other operators wish to add off-sales of alcohol to their licence or vary conditions restricting take-away food to permit deliveries and will require a licence variation. Similarly, operators may require Temporary Event Notices to give them more flexibility to serve their communities and customers at short notice. The licensing processes need to be working to permit all of this to happen.

The statutory duty on local authorities, in most instances, to hold a hearing to determine a licence application within 20 working days of the last date for representations, is mandated by reg.5 and Schedule 1 to the Hearing Regulations. There is a power to extend that time limit where a local authority “considers this to be necessary in the public interest” (reg.11). The “public interest” must surely include the ability of licensed operators to survive the current crisis and so serve their communities better.

For these reasons, local authorities should be reluctant to bring the licensing process to a grinding halt. There are alternative options available to permit sub-committee hearings to continue without adding to the damage already being caused to the licensed sector and our communities by coronavirus. The war-time plea, and more recent meme, of “Keep Calm and Carry On” is now being put to the test.

Article provided by Gary Grant, Vice-Chairman of the Institute of Licensing, Barrister at Francis Taylor Building