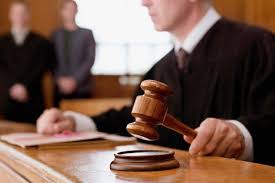 Following a full investigation, it became apparent that Mr Allder had continued to drive his private hire vehicle on 40 separate occasions without the required Private Hire drivers licence. He continued to accept bookings from his operator even after realising his private hire licence had expired. Thinking he would get his licence renewed without anyone being any the wiser, he said he figured he would: "drive carefully, paper over the cracks and carry on. The last thing I thought, was Three Rivers would know the amount of specified work I would be delegated, and on what days."

Individuals who drive a licensed vehicle without a private hire or hackney carriage driver’s licence run the risk of driving with no insurance which is a very serious matter. It is entirely dependent on the individual’s insurance policy as to whether a driver would be covered in such a situation. In this case, the insurance policy would have covered any incident on a third-party basis only.

On sentencing, at court, the Chairman of the Bench said: “It is absolutely right for the Council to say that maintaining a current PHDL is very important in regard to the insurance question. You were lucky that you were insured for third-party risks. If you had not been, that would have taken this prosecution into a different league. We are also not convinced that you weren't aware when you did submit your application in January that you could not drive until and unless it was granted.”

Cllr Steve Drury, Chair of Licensing Committee said: “Drivers of Private Hire and Hackney Carriage vehicles are expected to take responsibility to ensure all their documents are up to date, including their driver and vehicle licences. The licensing authority does not have any obligation to remind drivers of the expiry dates pertaining to their licence. The onus is entirely on the individuals, and this has been reiterated to all the Three Rivers operators and drivers on numerous occasions.

This case should set an example to all existing and new drivers that they must thoroughly read and adhere to the relevant policies and regulations that relate to their licences. Otherwise, they risk having their licence revoked and further action being taken, not only against their licence, but they could also jeopardise the operator’s licence who contracts out their bookings.”

The Council urges all licensed drivers in Three Rivers District Council take note of this prosecution and to ensure that they regularly check the expiry dates of their licences. If they are in any doubt, they should contact the Licensing team.