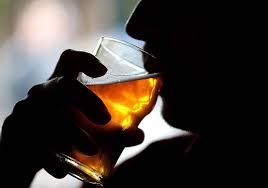 Research published have shown a reduction in off-trade alcohol sales in Scotland since MUP was implemented.

“The British Medical Journal has published the results of a study carried out by Professor Peter Anderson at Newcastle University about the immediate impact of the implementation of minimum unit pricing on alcohol (MUP) in Scotland introduced in May 2018.

The report used a household shopping panel of over 5000 households to collate data on Scottish alcohol buying habits between 2015 and 2018.

The findings of this were that during the 8 months following the implementation of MUP, there has been a total reduction in off-trade alcohol sales of 7.6%, with the largest reduction of sales coming from beer, cider and spirits.

It should be noted that this report does not represent heavy drinkers who don’t have a fixed address, as the figures are purely based on households. Additionally the study does not look at purchases made in the on-trade.

The Welsh Government is currently stalled in their process introducing MUP due to EU regulation, with discussions delayed until early 2020.

Audrey Junner from Hill Brown Licensing commented: There's been a rush to greet the BMJ analysis as more or less the last word on the efficacy of minimum pricing. For example, A Scotsman newspaper columnist had the confidence to suggest, quite categorically, that there's now "solid evidence" that minimum pricing "works".

But while white cider sales have collapsed (as expected), convenience stores have enjoyed a sales boom; alcohol sales have in any event been in decline in nine of the last 11 years; and the number of alcohol-related deaths rose by 1.4 per cent between 2017 and 2018.